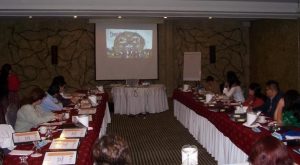 Background: Lack of access to justice and high impunity rates are structural problems in Guatemala. Women – and more so when they are indigenous – are among the most excluded group; for them, it is almost impossible to bring to court cases of domestic violence or police abuse, for instance, facing many formal and informal obstacles which often lead them to desist.

Our counterpart, ICCPG Director Claudia Paz y Paz, was appointed Attorney General of Guatemala in 2010, and as such she played a key role in the historical genocide case against former military dictator Efrain Ríos Montt and other exemplary cases related to the dirty war against indigenous peoples in the 1980’s.